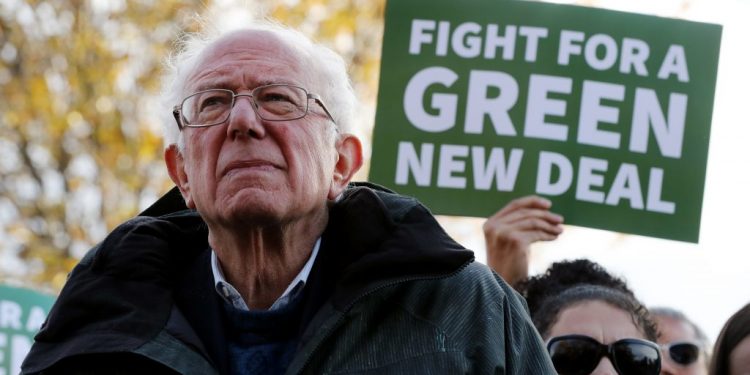 It’s important for Michigan residents to understand the truth about the radical left’s extreme agenda to stop it from becoming reality.

As Democrats work their way through a brutal and divisive nominating process for president, it is becoming increasingly likely that either a self-avowed “Democratic socialist” who has heaped praise on Communist leaders from the Soviet Union and Cuba, or a Wall Street elitist who thinks he should determine who can own firearms, drink pop or receive health care will be the nominee.

From the very beginning of this chaotic process, Sen. Bernie Sanders has dominated the policy debate in the 2020 Democratic primary with his radical socialist agenda.

Meanwhile, former New York City Mayor Mike Bloomberg has spent hundreds of millions of dollars in an effort to buy the nomination. Unfortunately for Democrats, his policy agenda may differ from Sanders’ in presentation, but not substance.

Let’s start with health care, a top polling issue that for decades politicians have promised to fix with solutions like lowering prescription drug prices. Sanders is the author of a plan he calls “Medicare-for-All,” which is in reality a complete government takeover that eliminates private and employer-provided health insurance. Under single-payer systems, patient choice is replaced by rationed care, long waits to see a doctor and even life-threatening delays before seeing a specialist.

To his credit, Sanders is at least open and honest about his socialist proposal for health care. On the other hand, Bloomberg publicly bashes the idea of a single-payer system while simultaneously advocating for rationed care — the principle the socialist single-payer system is based on. If such a system is implemented, only able-bodied workers matter. Everyone else, including the young, old and people with disabilities, are considered a drain on the system. That sounds more regressive than progressive to me, but such is the 2020 Democratic agenda.

The socialist-centered proposals have appeared in some form in virtually every liberal candidate’s policies at every level of government. The Green New Deal, a policy championed by New York Congresswoman Alexandria Ocasio-Cortez, would eliminate millions of manufacturing and energy jobs, including at least 159,100 in Michigan.

Monthly energy prices would rise as much as $278 per month, according to industry studies featured on GreenNewDealStats.com. To make matters worse, it would cost $93 trillion in new taxes with the goal of eliminating air travel and providing “all who are unable or unwilling to work” with a universal income.

It’s important for Michigan residents to understand the truth about the radical left’s extreme agenda to stop it from becoming reality. While the radical left is proficient at making sweeping, unrealistic promises, they have no record of success when it comes to implementation.

Under President Donald Trump, unemployment is at a historic low of 3.6% and wages are increasing at a faster rate than expected. The nation has seen the creation of over 6.6 million new jobs since January 2017, retirement funds are growing, and everyday issues like the opioid crisis and criminal justice reform are finally being addressed.

Despite an impeachment-obsessed Congress, Trump recently led the passage of the USMCA trade deal — which is a huge win for Michigan manufacturers, farmers and workers.

When it comes to farmers, a recently surfaced video exposed Bloomberg’s belief that farmers lack the “skill set” and “gray matter” to work in the technology field.

Out-of-touch comments like that prove he likely hasn’t visited a farm in Michigan or elsewhere in the Midwest to see the complex machinery and planning that goes into the crops, or see the need for expanded and fair markets for commodity distribution.

It’s no wonder the President enjoys a 63% approval rating on the economy after spending his first term fighting for the average working men and women of our country.

It’s difficult to fathom trading his record of proven results for unrealistic, far-left policy proposals that threaten hundreds of thousands of Michigan jobs.

View this article on The Detroit News here.