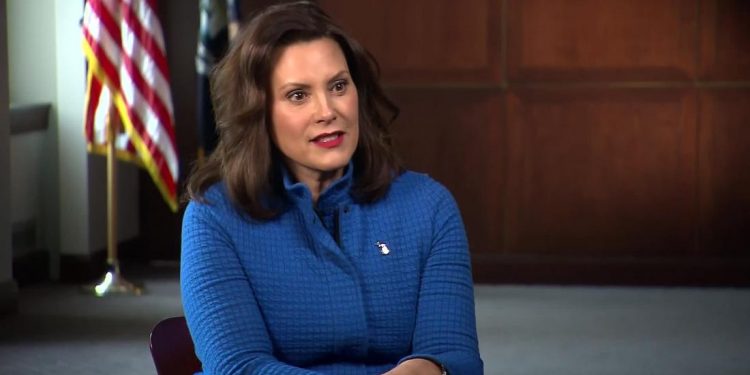 Governor Gretchen Whitmer appeared on CNN and MSNBC the last two days and was not asked a single question about her hush-money payments to former state officials and other top issues impacting Michigan.

For comparison, in a press event held online last week, Whitmer took questions from only four members of the Michigan press, which did focus on hush-money payments to former health director Robert Gordon and the “data” driving shutdown decisions. Whitmer deflected on each topic.

Whitmer has refused to discuss the hush-money payment of $155,506 to former Health and Human Services Director Robert Gordon – the person who was responsible for all the state’s shutdown orders after the Supreme Court ruled that Whitmer’s executive actions were unconstitutional in October 2020.

While Whitmer turns her attention to national news outlets who are not covering her hush-money payments, news outlets across Michigan are calling out the governor’s use of tax-payer dollars to buy silence.

Michiganders deserve to know how their tax dollars are being spent, especially as Gov. Whitmer uses the money to buy the silence of the state’s former health director. This is the same official whose actions shut down the state and oversaw nursing home data and policy. It’s time for Whitmer to fully explain the hush money payments and questionable nursing home data. – Tori Sachs, executive director of Michigan Rising Action