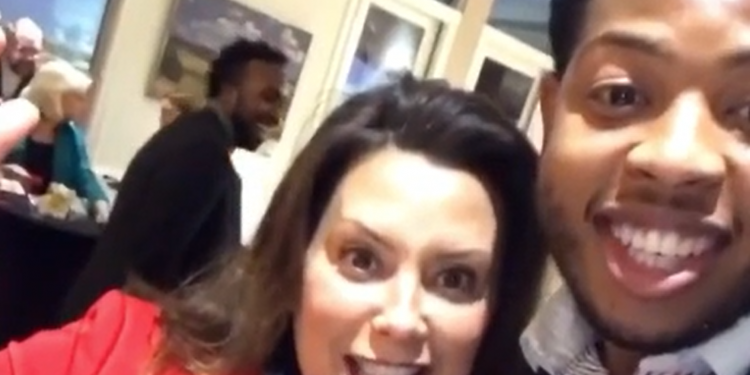 Lansing, Mich., July 26, 2021 – In a campaign finance report filed with the state today, one of Governor Gretchen Whitmer’s allies, Representative Jewell Jones (D-Inkster) listed multiple questionable campaign expenses, from expensive dinners in Las Vegas and throughout his district, to a visit to a strip club for a “constituent” meeting. The Detroit News reports:

“A Michigan lawmaker reported spending $221 of his campaign money at a strip club in Dearborn for a March 8 ‘constituent meeting’ to discuss ‘potential economic projects,’ according to a disclosure filed Sunday…

His new campaign finance disclosure, which covers from Jan. 1 through July 20 reveals his account expended more than $6,400 over the period at restaurants or lounges for events that were described as ‘meetings.’”

Jones questionable campaign spending is not limited to strip clubs, Jones also reported nearly $4,000 in expenses at a bar in Inkster, which he claimed were for meetings with “constituents” and “stakeholders” amongst others. In addition, Jones listed a nearly $700 expense at a restaurant in Las Vegas, which he claimed was a meeting with “other legislators”. The campaign report also shows that Jones traveled to Nevada in March and New York in February, joining Gov. Whitmer and leading members of her administration who disregarded their own COVID travel rules.

This is not the first time Jones’ antics have raised eyebrows, spending much of 2021 navigating in legal trouble. In April, Jones was arrested for drunk driving, after causing a car accident. At the scene, Jones repeatedly threatened to call Governor Gretchen Whitmer on the officers, and began a verbal and physical altercation with first responders.

Jones, who is the vice-chair of the military, veterans, and homeland security committee, has twice violated his probation since the incident, including this month, where he was given a final warning by a judge before he would be sent to jail.

“Representative Jewell Jones’ flagrant disregard for the law is in lockstep with Governor Whitmer, who has championed the position of ‘Rules for thee, but not for me’. His behavior is not just an embarrassment to his district, but to the state of Michigan,” said Eric Ventimiglia, executive director for Michigan Rising Action. Ventimiglia continued, “Jones’ use of campaign dollars to fund his lavish lifestyle in Vegas and at strip clubs, in addition to his current legal troubles, is indicative of the current state of Whitmer’s Democratic Party.”