Rules for Thee, Not for Me: Rep. Tlaib Ditches the Mask at Large Indoor Gathering 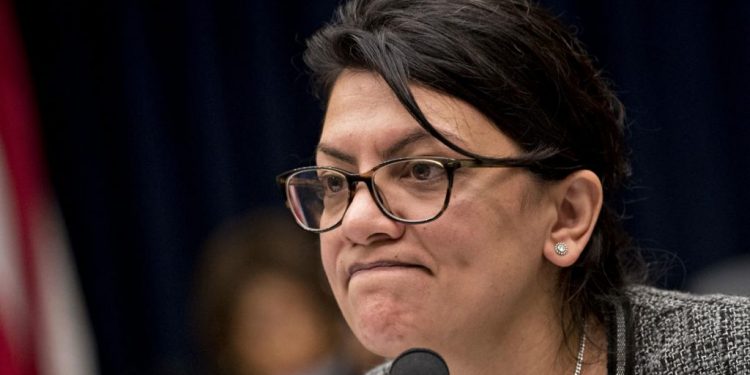 Lansing, Mich., August 9, 2021 – Congresswoman Rashida Tlaib attended a large indoor wedding this weekend and was caught on video and photographed several times not wearing a mask. This is in defiance of recommendations from the CDC, President Biden, Nancy Pelosi and Governor Whitmer that even vaccinated individuals should wear a mask, especially at large indoor gatherings.

Tlaib isn’t the only high-profile democrat defying new mask guidelines from Biden and the CDC. Former President Barack Obama was videoed maskless at his 60th Birthday party along with several D.C. and Hollywood liberals. The New York Post reports:

“Celebrities, politicians and a couple hundred other ‘close friends and family members’ packed in to celebrate former President Barack Obama’s 60th birthday Saturday in what was billed as a ‘scaled-back’ bash amid rising concerns about the fast-spreading Delta variant of COVID-19.”

Governor Whitmer and President Biden have been silent about Tlaib and Obama’s weekend of partying thus far, and it is unclear if leaders in the Democrat Party plan to condemn this blatant hypocrisy.

“The Democrats’ endless hypocrisy evidenced by Rashida Tlaib and Barack Obama’s maskless parties is an insult to every American who has followed the rules and guidance since the beginning of the pandemic,” said Eric Ventimiglia, executive director of Michigan Rising Action. Ventimiglia continued, “While Democrats have been quick to issue restrictions and lockdowns, the rules have only been for everyone except themselves. Governor Whitmer should condemn Rep. Tlaib’s behavior from last weekend.”