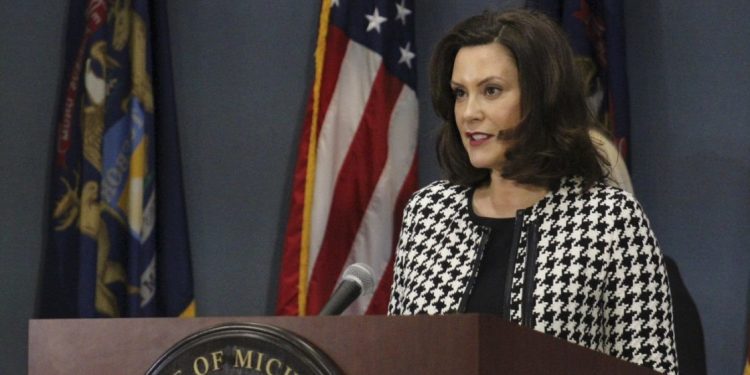 Lansing, Mich., September 7, 2021 – In July, Secretary of State Jocelyn Benson received an illegal campaign contribution totaling $13,300 from an individual donor. This exceeded the Michigan Campaign Finance Act’s individual contribution limit of $7,150 per election cycle. Benson, who last year began facing recall efforts which never materialized, refunded the excess money from the donation. When the Secretary of State returned the money, it was tantamount to an admission that accepting money in the name of failed recall accounts is illegal.

The same Democrat mega donor, Mark Bernstein, gave Governor Gretchen Whitmer a donation far exceeding the legal limit, totaling $257,150. Nearly two months later, Whitmer has yet to repay the $250,000 difference and has shown no intention of doing so. This decision not only defies the Secretary of State and her chief elections official, but more importantly the people of Michigan.

“Governor Whitmer’s blatant violation of Michigan’s election laws is an all too familiar refrain for Democrats – rules for thee, not for me,” said Eric Ventimiglia, Executive Director of Michigan Rising Action. Ventimiglia continued, “Jocelyn Benson returned the excessive contribution because as the chief elections officer for the state, she knew it was illegal. Whitmer’s refusal to do the same is a flagrant violation of our election laws and she must be held accountable.”