Campaign Finance Complaint Filed Against Donors Who Gave Over $100,000 to Whitmer Campaign 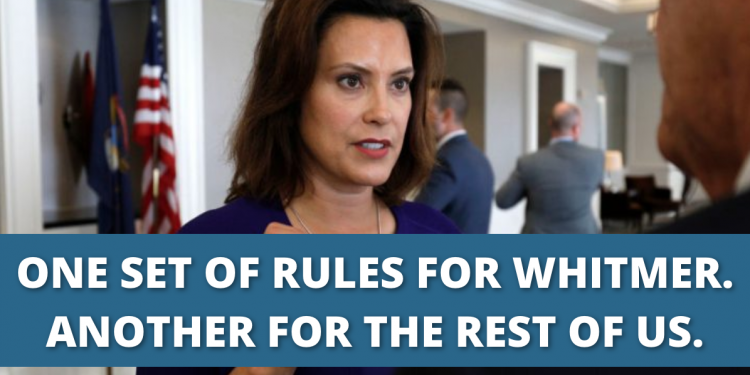 Lansing, Mich., September 14, 2021 – A campaign finance complaint was filed this afternoon against donors of Governor Gretchen Whitmer’s campaign, all of whom donated at least $100,000 or more. The group includes a sitting Governor, prominent lawyers, and a chewing gum heir who allegedly committed an open violation of the personal contribution limit of $7,150 according to MCL169.252 of Michigan law. The Center Square reports:

“…10 donors violated state law by donating more than $100,000 to Whitmer. MFF took the dollar amounts and donor names from Whitmer’s July Campaign Finance Statement filed with the Office of the Secretary of State. According to state law, political officeholders facing recall efforts are allowed to collect unlimited donations – but no recall efforts are currently underway for Whitmer. Absent that exception, the state campaign contribution limit is $7,150.”

Among the donors are Illinois Governor J.B. Pritzker and Mark Bernstein, an attorney at one of Michigan’s largest law firms.

“It is hard to believe that these political mega-donors didn’t know the law when making these excessive contributions,” said Eric Ventimiglia, Executive Director for Michigan Rising Action. Ventimiglia continued, “Their attempt to justify this blatant violation by asserting Governor Whitmer is facing a recall effort is not only disingenuous, it is a flat-out lie. This is yet another example of Whitmer and her allies operating as if the rules don’t apply to them.”