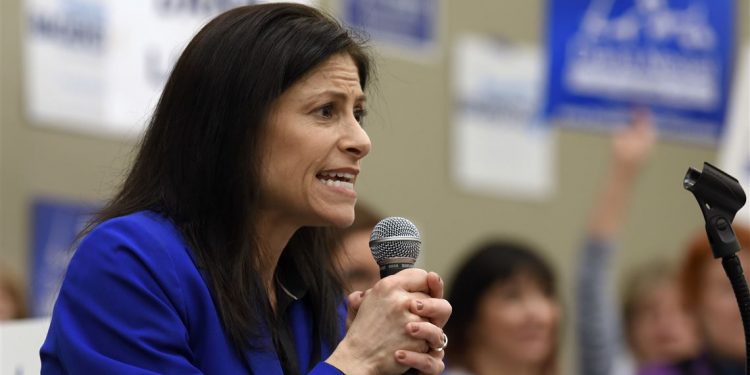 Lansing, Mich., November 18, 2021 – Dating back to at least June 2019, Dana Nessel has been sending official state emails to a personal, unsecured email server in her capacity as Attorney General. Gongwer News reports:

“Attorney General Dana Nessel forwarded 663 pages of emails from her official state government email account to a personal Gmail account so that she could print documents from her home computer, a move that brings into question whether she complied with departmental policy regarding storage of sensitive data.”

Nessel’s use of a private email was in open defiance of the Governor’s directive and violating the Acceptable Use of Information Technology and Telecommunications Policy. As other state employees and residents from across the state were forced to adapt to working from home, Nessel decided to ignore state policies and put sensitive documents at risk by using an unsecured email. Dana Nessel has brought the “rules for thee, not for me” mentality to the office of Attorney General.

Emails sent to her personal account include documents on some of the state’s most pressing legal investigations, such as the $3.4M Flint water investigation (farmed out to her campaign donors), litigation over Line 5, the failed arrest of accused sex trafficker John Geddert, and numerous others. In all of these cases, Nessel has failed to produce results for the people of Michigan.

“For years, Dana Nessel has been defying one of Gretchen Whitmer’s first directives,” said Eric Ventimiglia, Executive Director for Michigan Rising Action. Ventimiglia continued, “The Attorney General has made a mockery of her position through countless failures and her attitude of “rules for thee, not for me.”