Whitmer Moving the Goalpost on ‘Fixing the Damn Roads’ 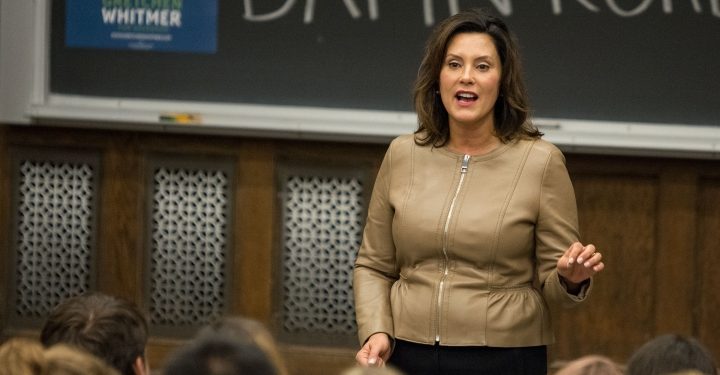 “You know, no one ever said that with decades of under investment we could fix it overnight or even in one term that’s not ever a promise that I made….”

Despite campaigning to “fix the damn roads”, Michigan’s roads remain in terrible condition, with critics now highlighting Whitmer’s broken campaign promise as her reelection efforts kick into gear. The 2022 report issued by the Michigan Transportation Asset Management Council found more roads in “poor” condition than “good” across our state.

With Secretary of Transportation Pete Buttigieg set to give a keynote address at the conference, Michiganders will take comfort in hearing his expertise on building “woke roads” and his failure to fix potholes as Mayor of South Bend. As Whitmer hedges on her primary campaign promise, 93% of Michiganders have rated Michigan’s roads as a “total negative”.

“Gretchen Whitmer is attempting to move the goalposts because she has failed to ‘fix the damn roads’, but Michiganders aren’t easily duped,” said Eric Ventimiglia, Executive Director for Michigan Rising Action. Ventimiglia continued, “Anyone who drives on Michigan roads is aware that ‘fix the damn roads’ was just a false promise to win an election.”