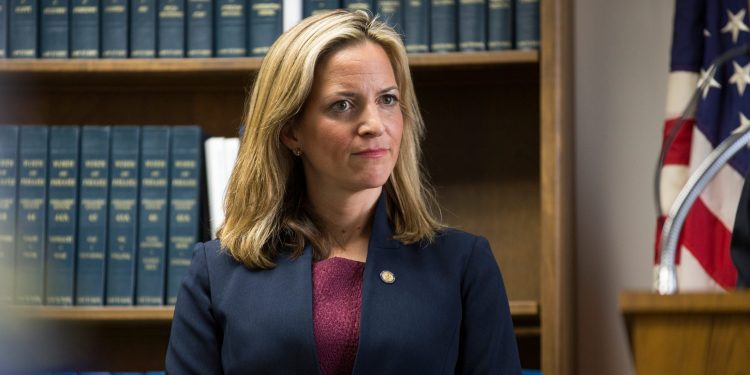 Lansing, Mich., July 8, 2022 – Secretary of State Jocelyn Benson’s pattern of selective enforcement of the Michigan Campaign Finance Act will face a significant test. Benson’s “rules for thee, but not for me” mentality for her political allies will be challenged through the Bureau of Elections. The Foundation for Accountability and Civic Trust (FACT) has filed several campaign finance complaints against numerous nonprofit organizations for their support of five ballot question committees. The complaints directly cite the Bureau of Elections’ recent Determination Letter in LaBrant v. Michigan Citizens for Fiscal Responsibility, Michigan! My Michigan!

The complaints filed by FACT address the specific cases:

Since taking office in 2019, Secretary Benson has not enforced Michigan Campaign Finance Laws in an even-handed manner. In every alleged violation brought before her, Benson has dismissed complaints or provided a reprimand disproportionate to the offense based on what is most advantageous to the Democrat Party.

Secretary Benson dismissed a complaint against Governor Whitmer for using committee funds for a personal private jet ride to Florida during the pandemic. The Bureau of Elections admitted that “Governor Whitmer’s trip to Florida was taken solely for personal reasons” yet Benson’s office dismissed the complaint citing a lack of “sufficient evidence”. This decision destroyed decades of precedent, which unequivocally rejected the notion that candidates may use committee funds for the benefit of an individual.

Secretary Benson dismissed a campaign finance complaint against Governor Whitmer, granting Whitmer’s quest to become the only candidate in the State of Michigan to ignore statutory contribution limits without consequences and forcing the citizens of Michigan to be witness to the largest money grab in the history of Michigan elections. The smoke and mirrors used to justify the dismissal of this campaign finance complaint ranged from ignoring statutory contribution limits to creating a never-before-seen “disgorgement” remedy allowing Governor Whitmer to transfer millions of dollars in illegal contributions to the Michigan Democratic Party.

Despite Michigan Campaign Finance Law prohibiting donors from making contributions to candidates in excess of statutory contribution limits, Secretary Benson dismissed a complaint filed against ten wealthy liberal donors who had far exceeded Michigan’s $7,150 limit. The Bureau dismissed this complaint without requiring these liberal contributors to respond to the complaints as required by state law.

·   “BENSON HELPS GOV. WHITMER GET AWAY WITH ‘CAMPAIGN FINANCE MURDER’”

Conversely, When A Conservative Group Is Involved, Secretary Benson Creates A New Standard To Impose Millions in Fines

In LaBrant v. Michigan Citizens for Fiscal Responsibility and Michigan! My Michigan, Campaign Finance Complaint No. 2021-5-8-21 (the “2021 Complaint”), the Bureau of Elections determined that there may be a violation of the Michigan Campaign Finance Act under newly created standards. Secretary Benson only now sees a violation after the filing of a complaint targeting conservative groups.

On June 6, 2022, Secretary Benson referred a complaint against two nonprofits to Attorney General Dana Nessel for a possible criminal investigation. The basis of the findings in the Bureau of Elections determination letter mirrors the issues raised in the complaints filed by FACT.

In the complaints, FACT identified numerous examples of nonprofit organizations aligned with liberal interests, supporting ballot question committees in the same fashion that the Bureau of Elections has determined that conservative-aligned organizations allegedly violated the Michigan Campaign Finance Act.

“Jocelyn Benson has a clear history of selective enforcement and protecting her political allies. The complaints filed by FACT will test Benson’s ability to uphold standards that align with previous decisions from the Bureau of Elections,” said Eric Ventimiglia, Executive Director for Michigan Rising Action. Ventimiglia continued, “Failure to apply the same standards to liberal groups would cement Benson’s double standard that punishes her political opponents and protects her allies.”