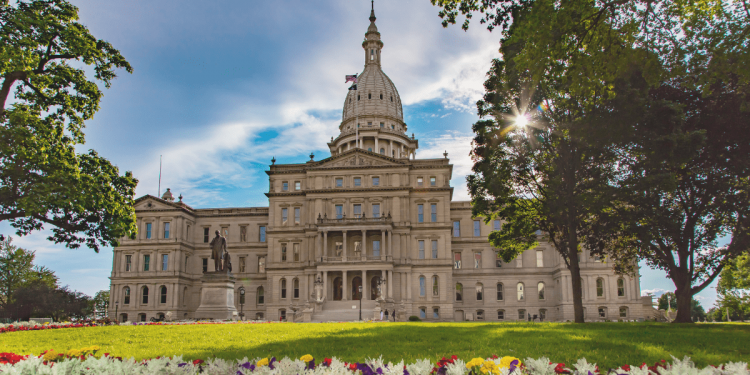 “A Grand Rapids nursing home is accusing a powerful Michigan attorney of “inappropriate and unauthorized” invoicing for services for an elderly, brain-damaged woman over whom she holds power of attorney.

Traci Kornak is the treasurer of the Michigan Democratic Party, and her political connections intimidated the nursing home for months. But now the operator is speaking out about what he sees as an elaborate maneuver to improperly bill an insurance company.

‘What would you call it?’ says Joe LeBlanc, chief executive of The Village of Heather Hills, an assisted living facility that is home to Kornak’s client. ‘Kornak used our tax ID number. She used someone else’s billing system. She told the insurance company that her handpicked caregiver was our employee when she wasn’t.’”

LeBlanc cites the scheme was carried out through letters to State Farm, faulty insurance claims, and improper use of the organization’s tax ID number:

According to LeBlanc, the reported attendant is not an employee of The Village of Heather Hills, and Kornak did not have permission to use the facility’s tax ID number.

“‘I asked Kornak what was the meaning of all this,’ LeBlanc says. ‘She asked me to just cash it, and then she said she’d pay us a little money for the trouble.’

An official from State Farm confirmed the check was returned by the nursing home.”

The suspicious billing practices align with elder abuse activities as identified by Attorney General Dana Nessel’s Elder Abuse Task Force. However, it is unlikely that Nessel will investigate the insurance fraud by the top Michigan Democratic Party official, as she refused to investigate Governor Whitmer’s dangerous handling of nursing homes during the pandemic.

“Traci Kornak seemingly used her position as an attorney and top official in the Michigan Democratic Party to abuse a system meant to protect the most vulnerable residents of Michigan,” said Eric Ventimiglia, Executive Director for Michigan Rising Action. Ventimiglia continued, “Attorney General Dana Nessel has been open about her unwillingness to investigate wrongdoings in nursing facilities, allowing Governor Whitmer and Traci Kornak to operate without scrutiny.”